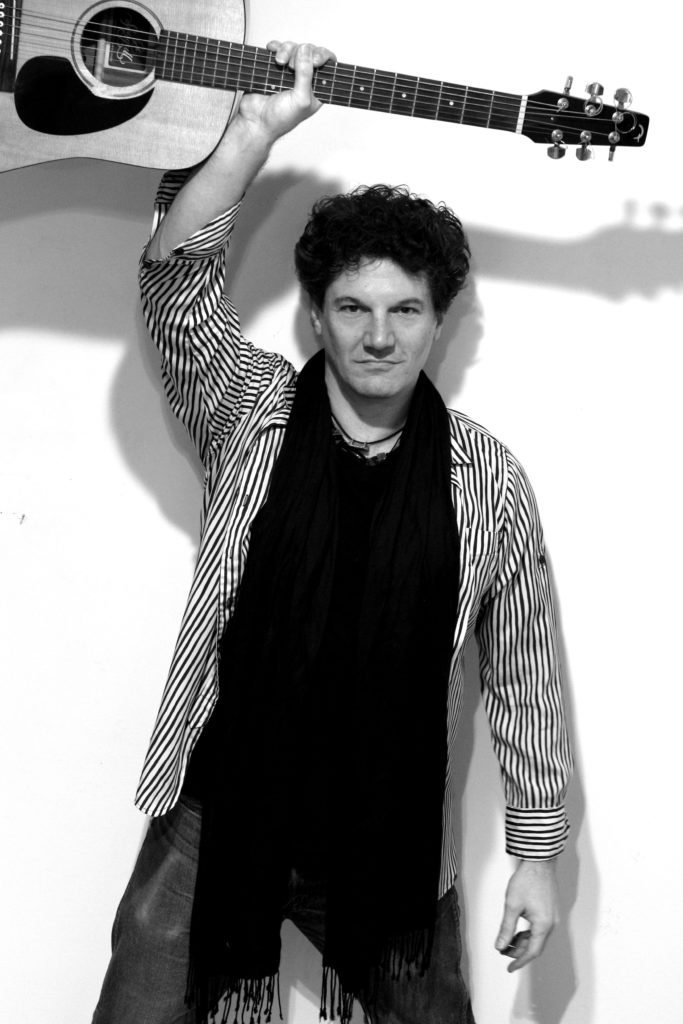 Where are you based?

Which instruments do you / your band play? Do you sing?

I’m a singer. I usually perform with an acoustic guitar, along with a unique “looping peddle.” I can also play the piano.

Tell us a bit about your musical background.

My father started teaching me to play guitar when I was 10 years old. Being a HUGE Billy Joel fan, however, I leaned towards the piano throughout my teens. After going to college at Vanderbilt, in Nashville, TN, the guitar took on a new importance in my writing, and became my main instrument. I started running writer’s nights and touring on the folk circuit soon after I graduated. Gradually, my love of pop, rock, and folk, all merged together, leading to my long list of cover songs, and 9 albums of original material.

What are your favorite styles to play or sing?

I’m a big fan of singer/songwriter, clever writing, mixed with more soulful, unique vocalists. It’s a tough genre to put a label on, but it includes artists like Hall & Oats, Billy Joel, Joe Cocker, Al Green, James Taylor, and Carol King, amongst others.

Are there any recent performances that were extra special for you? Or any venues you particularly love?

I was very honored to be invited to play a full concert in the White House in 2012. I have also appeared at the Vaudeville Theatre on London’s West End, and multiple times at the famed Bluebird Café, in Nashville, TN. My favorite local venue is the Rockwood Music Hall. It truly is a special place for acoustic music in New York City.

Have you recorded any albums, EPs or singles?

I have recorded 9 studio albums of original material, along with 2 live albums; one, a Holiday album recorded at the White House, and the other recorded live in London. My latest release, “My Mighty MAJic Stick” was the first nationally distributed album released on a USB stick. Most of my recordings are available via iTunes, Amazon, BandCamp, Spotify, Pandora and other music vending and streaming platforms. They can be found simply by searching for “Mark Aaron James.”

Do you have any exciting projects or upcoming gigs on the horizon?

I am in the midst of writing my first musical theater piece, called HERO. I am hoping to have the first readings of the project in the Spring of 2019.

If you had to pick one each, what would you say are the best and worst things about being a professional musician?

Music is a powerful force. Being able to make people happy, by doing something that makes me so happy, is a true joy. That said, just in the time that I have been a professional musician, the way artists make a living has changed DRASTICALLY. The devaluation of songwriting, the reduction in CD players, and the advent of free streaming, has made it very difficult to make a living as an original artist.

What have you been listening to lately?

I listen to a vast variety of music. Most recently, I’ve become a big fan of Janelle Monáe, Ed Sheeran, Adele, and the Alabama Shakes. More often than not, however, I’m listening to ‘70s-2000s singer/songwriters, pop and rock.

Please stop by, have a listen, and say “Hello.”